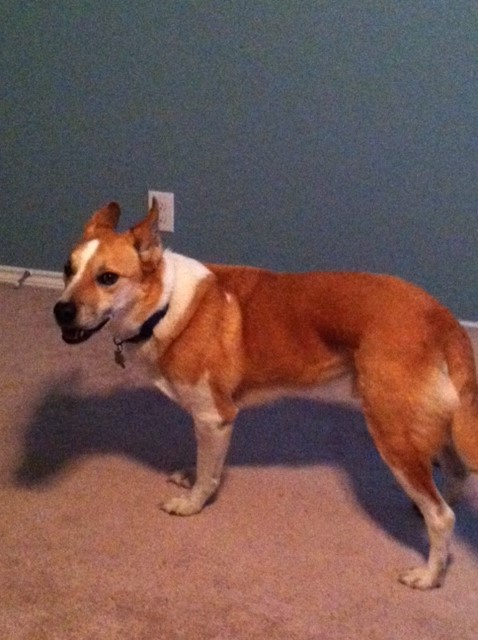 Reagan was the sweetest, most obedient (with no formal training) and most loyal dog I ever had. He had many horrible trials in his life, including being dumped in the country, starving to the point of death, being shot full of lead shot that destroyed his eye, having an infected leg bone break, being attacked by a pack of coyotes while leading them away from a herd of goats and a puppy and being brutally attacked by a loose mastiff in a neighborhood. Anyone who met Reagan said that he was the overall nicest dog they ever knew. He is absolutely an angel in heaven. He is greatly missed.