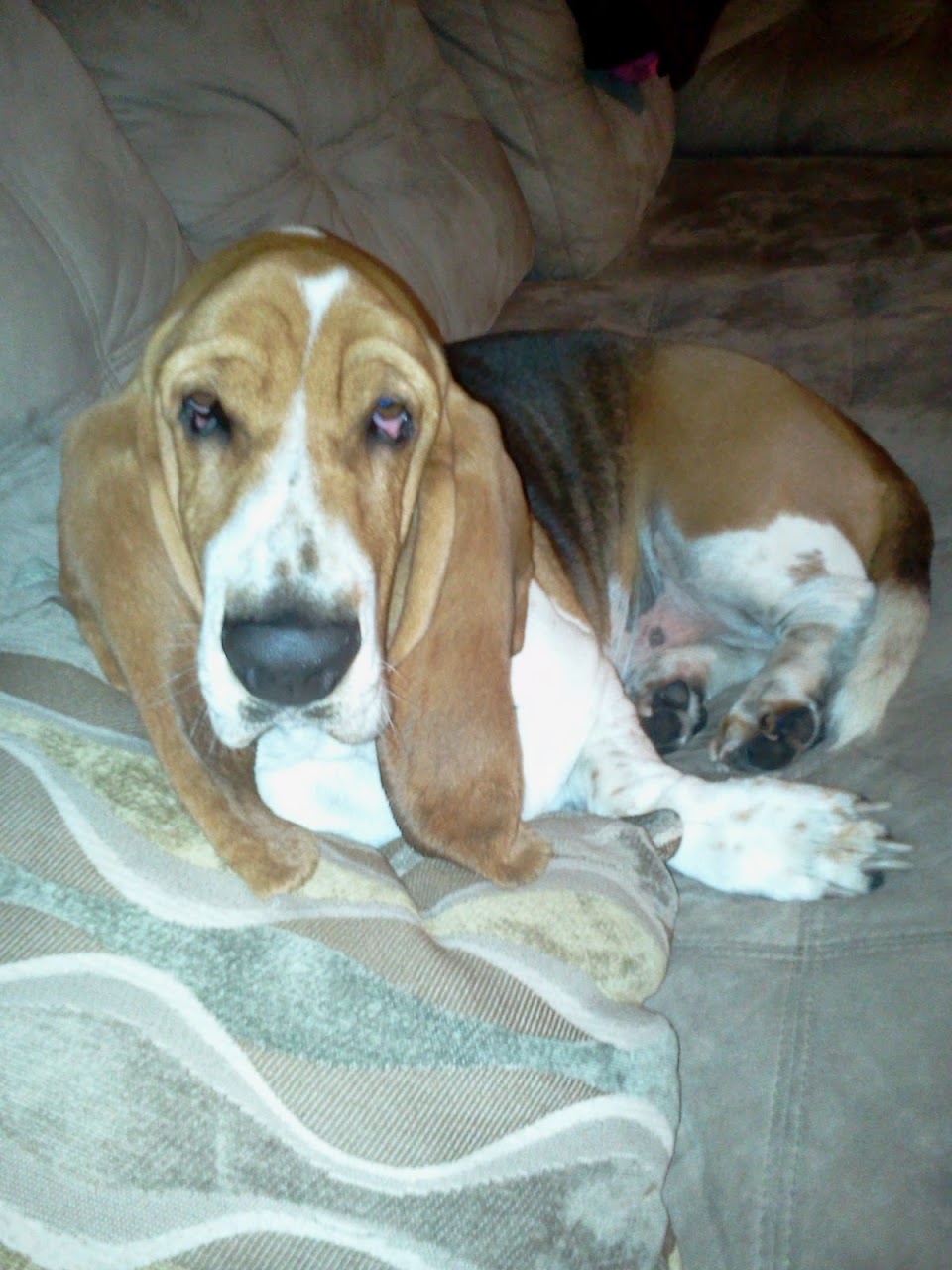 He was born December 31, 2008 in a little town called Sabinal, Texas. His parents names are mom (Pooh) tan /white fur colors and father ( ) is a tri-color black/tan/white. He was a gift for my x-boyfriend Noe Ramirez. He lived with him mostly in an upstairs apartment in Uvalde, Texas. He was very catered to by Noe. He wouldn’t walk down the stairs Noe had to carry him down. That’s why he moved months later to a downstairs suite. When he was a baby and under 40 lbs he loved to lay on our lap in the drivers seat while we drove around. He has always been pampered and a real DIVA. His veterinary doctor likes to say he’s a drama queen. Noe would always say out loud to him “big ears and big stomach”. It was funny to hear how he would say it to our doggie. About a year later Noe moved back to the Valley and he couldn’t take care of Hound Dog anymore. So he moved to my house in San Antonio permanently. Over the years we’ve bonded and he’s listen to so much of my life’s roller coaster situations and relationships. No matter what I have been very protective of my big boy Hound Dog Ramirez. He runs the house! lol

**Update Hound Dog Ramirez born in Sabinal, Texas on December 31st, 2008, passed away Tuesday August 14th, 2018 during the day at home here in San Antonio, Texas in his masters room with brother Picasso Delgado and sister Mariah Starr Delgado by side. He was cremated August 16th and ashed were spread under a tree near near a lake. “ He was a true inspiration, a celebrity of 3 Children’s books written about him, one was even his biography story, noticed by Amazon Global world wide selling his Biography for several months at $975.00 per copy (signed by Divon Delgado limited edition), books donated to several special non profit charities, appeared in video shows and did special appearances. Hound Dog Ramirez will truly be missed**